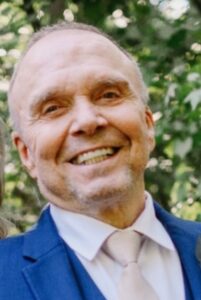 Allen Henry Miller, age 75, passed away in the comfort of his daughter’s, Lainey Miller (Luke Kelly), home peacefully after a two year battle with bladder cancer. He was born August 20, 1945 in Western New York to Henry Miller and Helen Mason Miller. Allen retired after years in the transportation business and being CEO of his own company, Carrier Coach. Among hobbies like working on pocket watches, Allen was also known to enjoy a good bowl of ice cream and re runs of Gun Smoke or Fox news. Allen loved fiercely and unapologetically and was unafraid to speak his mind and tell you the truth.

Allen is preceded in death by his parents, Henry Miller and Helen Mason Miller. He is survived by his daughters, Lainey Miller (Luke Kelly) and Stacey Richards (Kevin Richards); son Chris Miller (Amy Miller); 8 grandchildren, 1 great-grandchild; and brother, Wayne Miller. Allen spent his last days spending quality time with his daughter Lainey, new son-in-law Luke, and grandchild Carter. Charter Funeral Home in Calera is handling his arrangements. While Allen requested to have no funeral, donations can be made to the American Cancer Society in his name. As Allen used to always say, go out and make somebody happy today.

One thought on “Allen Henry Miller”