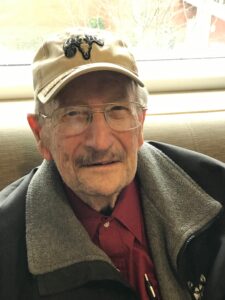 Harold David Adelman, 88, of Sylacauga, AL died on Thursday, August 6, 2020. He was born on March 29, 1932 in New York. He served in the Navy during Korean War from April 1952 to February 1956. He retired from Southern California Edison Company. His hobbies included- Fishing in Alaska, camping, boating, and spending time with family and friends. He was always a great example of what a true father should be to his sons and daughters and a wonderful husband to his wife Suzy. Hal married Suzy on August 3rd, 1954 and they just celebrated their 66th wedding anniversary. Hal is survived by his loving wife, Suzy Adelman; their children, Laura Adelman, Edward Adelman, Keith Adelman and his wife Jodi, and Kenny Adelman and his wife Linda; 5 grandchildren, Justin Adelman, Daniel Adelman, Brian Adelman and his wife Naomi, Matthew Krause and his wife Samantha and Kristina Adelman; and 4 great grandchildren, David Adelman, Kody Adelman, Jessica Adelman, and Trinity Krause. He is preceded in death by his grandson Neil Adelman.

Hal’s committal service will be held on Wednesday, August 12, 2020, at 12:30 p.m. in the Alabama National Cemetery his family will be in attendance.

“Pops/Gramps you will be deeply missed.”

One thought on “Harold David Adelman”