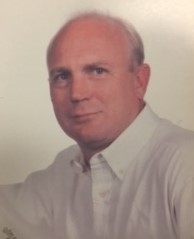 Howard LeRoy Schwass, 61, of Alabaster, Alabama, passed away at his home on November 7th, 2021, after a difficult battle with lung cancer. Howard was born on May 4th, 1960, to Richard “Dick” Schwass and Carolyn Larsen in Ludington, MI. He grew up in Ludington, Michigan and Baltimore, Maryland before moving to Alabama. Howard graduated from the University of Montevallo with an accounting degree in 1985. He worked as an estimator in building and restoration for over twenty years. Howard was married to his wife Kathryn Taylor on May 17, 2008. They lived in Jemison and Alabaster, Alabama. He was a loving husband and father. Howard is predeceased by his wife Kathryn, his mother Carolyn Schwass, his father Dick Schwass, stepmother Dorothy Schwass, and stepbrother Roland Gerhart. Howard is survived by his brother Stacy Schwass of Ludington, MI, Daughter Lee (David) Wright of Alabaster, AL, son Charles Schwass of Moody, AL, and granddaughter Lacey Wright. There will be a private celebration of life for family and close friends at Howard’s residence. In lieu of flowers, please consider a donation to the Jimmie Hale Mission, a nonprofit Howard donated to himself.