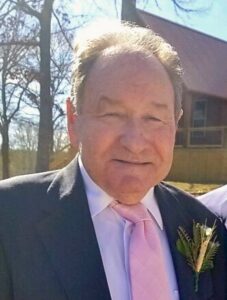 Tonight we say our final fair wells to a great man. Many have called him friend. Some have called him pastor. The children called him granddad. My sister and I, have spent our life’s calling him daddy.

More than fifty years ago, he was called to preach the gospel. It was a call he answered and remained faithful to for five decades. For thirty seven years he has served as pastor to a small country church. His church family he has loved and nourished. And in return, they’ve enriched his life. He has been a man of courage, faith, and commitment. He has been a man that has lived his life, preaching by example rather than mere words.

There are many memories that my father has left impressed upon me. Perhaps the greatest goes back to my childhood.

Our house was small and always enriched with Gods presence. Every afternoon dad would come home from a lifetime of building houses. I remember most, no matter how tired he would be, how he was disciplined to his prayer life. He’d go into his and moms small bedroom. He’d close the door and pray through. He was loud clapping his hands. He would praise and rejoice as if he was bombarding heaven. Rhonda and I would watch the old black and white tv in the joining living room. Mom would barely turn up the volume for us to hear. But I now know, we were hearing and being molded precisely as they intended.

Mom would sing and shout. Dad would often get anointed and run the backs of the chairs as some of you may remember. A fathers lasting impression on his son, and many many others.

We didn’t have a lot, but he always made sure we had everything we needed. He groomed us to love, have faith, and always trust Gods infinite wisdom.

Mom was only fifteen when they married. Yesterday as she lay across his chest, I heard her whisper to him,”Your the love of my life.” Somehow he seemed to know the familiarity of her warm words. Tears came from his eyes as his feeble tired lips attempted to respond. As she has for fifty seven years, she again kissed him and said,”I know you love me too.” Perhaps for the first time in my life, I saw all that explains love as it was displayed.

We love you dad! Fare well but not forgotten. So long but not goodbye. You’ve made a lasting impression on your son. And on all that have known you.