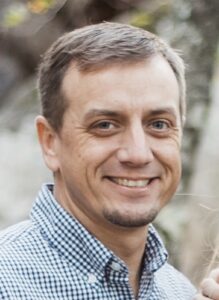 Zachary “Zac” Stevens passed away at 38 on Tuesday, July 20, 2021 at home, surrounded by his wife, Tiffany, and his parents, Mike & LuAnn. Zac was born on August 30, 1982 in Mobile, AL. Zac graduated and played baseball for Hoover High School in 2001, followed by Jefferson State Community College. In early 2011, while on a business trip to Memphis, TN, he met his wife of 7 years, Tiffany. Shortly after, Tiffany relocated to the Birmingham, AL area where they were soon married and Zac adopted her son Jackson, followed by the birth of their daughter, Claire. Zac, known for his smile and positive attitude, made lifelong friends with everyone he encountered, with the closest friends made through his love of baseball and the outdoors. Zac fought hard the last two years after being diagnosed with stage 3 colon cancer in 2019 and stage 4 in 2020. Zac is survived by his wife, Tiffany, his son, Jackson (14), his daughter, Claire (6), his parents, Mike and LuAnn, two brothers, Blake (Anna) and Chad, nieces and nephews, and an abundance of dear friends. A celebration of life will be held at Helena Hollow in Helena, AL on July 30 from 6-9 pm. In lieu of flowers, donations to the Rumpshaker, P.O. Box 13023, Birmingham, AL, 35202 would be appreciated.